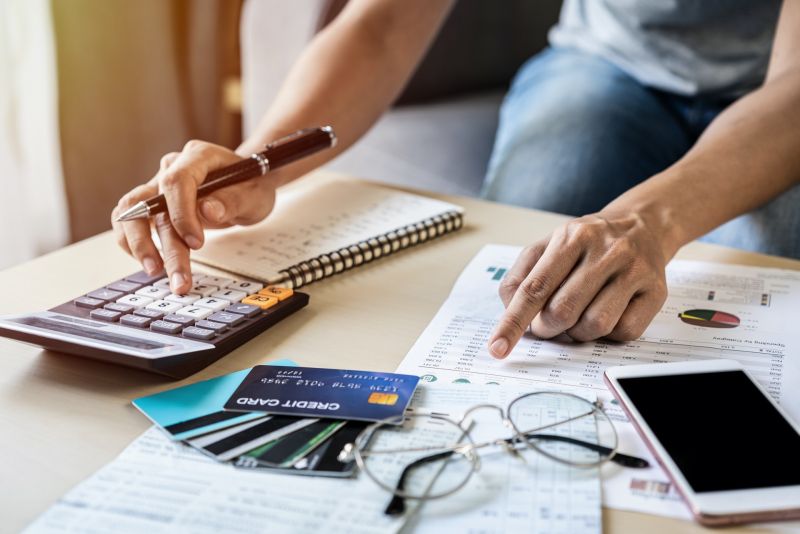 As a fresh graduate, saving for the future can be hard to envision. But being money-wise in these earlier years can have exponential pay-offs in your later years.

According to experts, avoiding several spending traps when you're early in your career can help set you up for a more stable financial future.

Spending within your means may seem obvious, but when you’re fresh out of school and looking for a job, this can be challenging.

“I think a lot of young people, even in university, don't really have steady employment and end up spending more than they would have spent in cash,” says CPA David Trahair, a personal finance expert and author of CPA Canada’s free practical guide, Survive and thrive: Move ahead financially after losing your job.

Credit cards in and of themselves aren’t bad – in fact they’re a helpful way to establish a credit history – but it’s important to understand what you’re signing up for. High-interest rate cards can accumulate debt quickly, if you’re not paying down the balance each month, Trahair says. Spending only what you can afford – or only what you must, where possible – can set people up for better financial health, since they are actively trying to keep balances low.

If you do find yourself in a position where you need to take on debt, try to use a lower interest rate, point-free card. “The benefit of the points rewards is often less than one per cent a year,” says Trahair. “It doesn't make sense to carry a balance when the credit card rate is as high as 20 per cent or more.”

Another option is to obtain an unsecured line of credit, he says, to avoid high-interest rate credit cards. However, without having previous past credit to build up a good credit score, a parent may have to guarantee the credit card or loan to qualify the candidate.

Investing before paying off debt

While the idea of saving and growing money is attractive, investing money only makes sense if your credit card debt is paid down, says Trahair.

“When you’re in credit card debt, the company is charging you interest,” he says. “To save, you’re taking money that would otherwise be spent to pay down that credit card.” With companies charging between 20 to 24 per cent interest, credit card debt quickly accumulates.

“People like the idea that they have savings,” says Trahair. “They’ll say, ‘So I owe $10,000, but I have $2,000 of savings.’ They’re in worse shape than the person that only has $8,000 on that credit card [because of the accumulating interest]. The best investment is paying down that credit card debt.”

“Theoretically, it’s when you’re the healthiest,” he says. “You’re more likely to get a lower premium plan and, if you get something that you can lock into, it can also be a savings return vehicle. It's not only a safety net, but it also builds equity.”

Plans such as universal life insurance and whole life, he says, work like investment policy funds that have a cash surrender value – meaning you don’t just acquire funds in death, but the cash value builds up as savings. Each plan has its own risk tier, so be sure to research the appropriate plan and available options, he says.

Not setting an end goal

Understanding why you are trying to save money leads to a more successful outcome, says Trahair. While this goal may be different for everyone, ultimately, each person has a life target they want to meet, whether it’s buying a home or planning for retirement.

“The best thing you could do for your personal finances is track where your money’s going,” he says. Trahair recommends using free budgeting apps or those available through banking services to help identify spending habits.

Budgeting, he says, requires historical information. But, if you’re just graduating or starting out on your own, you won’t have this data. If you track your spending even for just one month, you’ll reveal a strong financial picture, as most people tend to have the same habits (save for the odd month where there may be a big-ticket item purchase or vacation, etc.), he says.

Reducing the number of spending sources is also advised. “If you have three or four bank accounts and three or four credit cards, this exercise is going to be very difficult,” he adds.

This is the least desirable scenario for anyone. Sheriff recommends striving for six months to a years’ worth of funds if possible – and start that saving habit when you’re young. Having a financial safety net has the added benefit of improving your borrowing power in the future.

“That early time in your life, as you’re building your credit history and your ability to borrow, is really important,” he says. “Even if you don’t know what your plan is.”

Whether you’re saving for an additional designation or taking a year off, Sheriff says being prepared for the unexpected can help you remain in good financial standing and possibly avoid additional stress and debt, adding, “You never know what life is going to throw at you.”

TIMELY AND INFORMATIVE!
A newsletter for Business Owners, Professionals, and Investors.

Warren Towler is one of the finest accountants in North Vancouver. Warren has a deep background in Commercial Real Estate accounting and investment which makes him a perfect candidate for me to refer my clients.When you are looking for a CPA who cares about his community and cares about his clients have a discussion with Warren and find out how he can save you money!