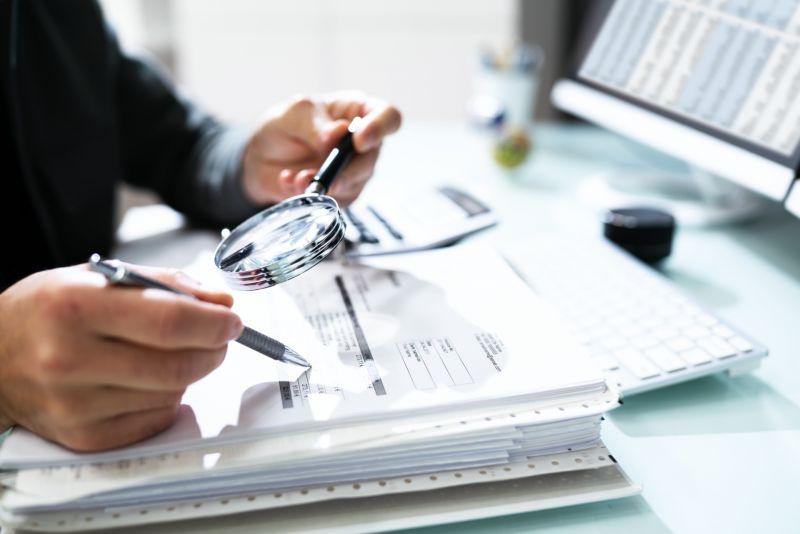 By educating yourself on the process and making sure you have all your important records on hand, you can save yourself a lot of unnecessary worry.

You filed your return on time, but now you have received a letter from the Canada Revenue Agency (CRA) asking for more info about the return. Should you be concerned? Not necessarily. As long as you have kept the information the CRA needs to review, the process can be smooth and headache free.

Here’s what you need to know.

How are returns selected for review?

As Jean-Sébastien Gosselin, founder and president of JSG CPA, points out, individuals are generally less likely to be selected for review than businesses because the amounts involved are smaller.

“However, since tax returns are completed on the basis of voluntary disclosure, the public would lose confidence if there was no system of accountability,” he says. “Everyone is presumed to know the law.”

Sylvie Branch, media relations adviser at the CRA, adds that while a small number of returns are selected at random, most are chosen “using a sophisticated system that incorporates multiple factors to identify returns with the highest potential for misstatement.”

It’s important to note that being reviewed once doesn’t mean you won’t be reviewed again. “Although returns are selected taking into account the results of previous reviews (to avoid repeated reviews of compliant taxpayers), it is possible for a taxpayer to be selected several years in a row, depending on their compliance history and the types of claims made on their returns each year,” says Branch.

In the event of a review, it’s also important to distinguish what will be examined according to the types of returns that are likely to be selected. “Income and expenses, for example, will be examined more closely for self-employed workers, who are more targeted than employees,” says CPA Marc-André Couët, auditor, assurance manager at JSG CPA.

In addition, certain types of deductions or credits may be reviewed as well, such as donations and medical expenses, adds FCPA Bruce Ball, vice-president of taxation at CPA Canada.

Couët agrees. “When individuals request large donations or large medical expenses, the government requests a copy of either the donation receipt or the medical bills along with the details,” he says.

Here are other things the CRA may review for accuracy:

“There is also a good chance that CRA will ask for proof if [you are] claiming a foreign tax credit,” adds Ball.

How do reviews differ from audits?

Although there are several types of reviews, the process itself is simple and fast in comparison to an audit.

The review process starts when the taxpayer receives a letter from the CRA explaining that they want to verify the accuracy of certain information, such as the amounts entered, says Gosselin. “Even if tax filing was done perfectly,” adds Ball, “there will still be spot checks to make sure the deduction or credit actually exists. In some cases, the CRA just wants a copy of the receipts, like donations.”

“However, in some cases,” adds Gosselin, “taxpayers who file their own returns may not have all the information to know which expenses are deductible and how to calculate them.”

Branch notes that these errors occur mainly in the initial claims for certain new deductions, such as medical expenses, tuition fees and moving expenses. There are many reasons why adjustments may be made, particularly since the CRA has to comply with a variety of tax laws (such as the Income Tax Act and Income Tax Regulations, as well as provincial and territorial income tax laws), which require that it request supporting documents.

While a review might be completed in a few weeks, an audit can take months or even years, says Gosselin. “Audits are initiated when something comes to the CRA’s attention, such as an indication of fraud, a serious omission or a major error,” he says.

One major red flag that can trigger an audit, says Gosselin, is a mismatch between a taxpayer’s declared income and their lifestyle – especially if they are also a shareholder of a company and there is a discrepancy between their return and that of the company.

If that is the case, the taxpayer can possibly be asked to provide almost all of the information used to complete the return. From there, the CRA can keep requesting additional supporting documents until it is satisfied that it has everything it needs to issue a new notice of assessment.

“In rare cases, the CRA may even request access to all of a person’s bank accounts, as well as those of spouses and children,” says Gosselin.

Of course, in some cases, there may be a perfectly reasonable explanation for some incongruities. “A person might have won the lottery, received a gift or borrowed money,” says Gosselin. This is why it is important to keep records on these items, explains Ball, in case the CRA does ask.

“While an audit often creates stress for the taxpayer, remember that the auditor is a human being who’s trying to understand the financial story of the years passed,” says Gosselin. “Communication is key: you need to understand what made them think something was wrong and cooperate.”

What can you do to prepare?

The CRA has up to three years (sometimes up to four years) from the date of the original notice of assessment to carry out a review but, in the case of suspected fraud or misrepresentation, there is no limitation period.

“That’s why keeping a digital record of everything, especially a justification of every single deposit in your personal bank account, is a good idea,” stresses Gosselin. “Without proof, the situation can become complicated, and a harmless transaction can be difficult to trace and justify years later.”

Gosselin adds that the same principle applies when you lend money to a loved one. “You are allowed to do this, and without charging interest, but how will the auditor know whether the repayments are income?” he says. His advice: “Keep tangible records of all unusual banking transactions, both deposits and withdrawals, for at least seven years.”

How will the pandemic affect process?

Just as the pandemic has changed so many taxpayers’ ways of working, so will it bring its own set of complications for CRA auditors this year. In lieu of on-site visits for comprehensive audits, explains Branch, the CRA is encouraging virtual meetings. “In-person meetings are reserved for exceptional circumstances,” she says.

Also, since a number of new programs were introduced this year, it remains to be seen how CRA auditors will deal with certain issues, like for those who have claimed home office expenses. As Gosselin points out, “We don’t know how far they will go in verifying that those who received it were entitled to it,” he says.

Given that it’s impossible to answer these questions for the time being, it’s probably best to adopt a wait-and-see attitude, just as Gosselin intends to do.

In the meantime, you can help yourself by checking your records and backup. That way, you’ll be prepared no matter what kinds of questions come your way.

TIMELY AND INFORMATIVE!
A newsletter for Business Owners, Professionals, and Investors.

Two years ago we switched our accounting and taxes to Warren from an accountant located in Langley. We couldn't be happier with our decision. Warren found multiple mistakes in our previous year's financial statements and fixed them quickly. It is great as a small business owner to have someone I can trust to give me reliable tax and accounting advice. I wouldn't hesitate to recommend Warren and the staff of Towler & Associates, CPAs.